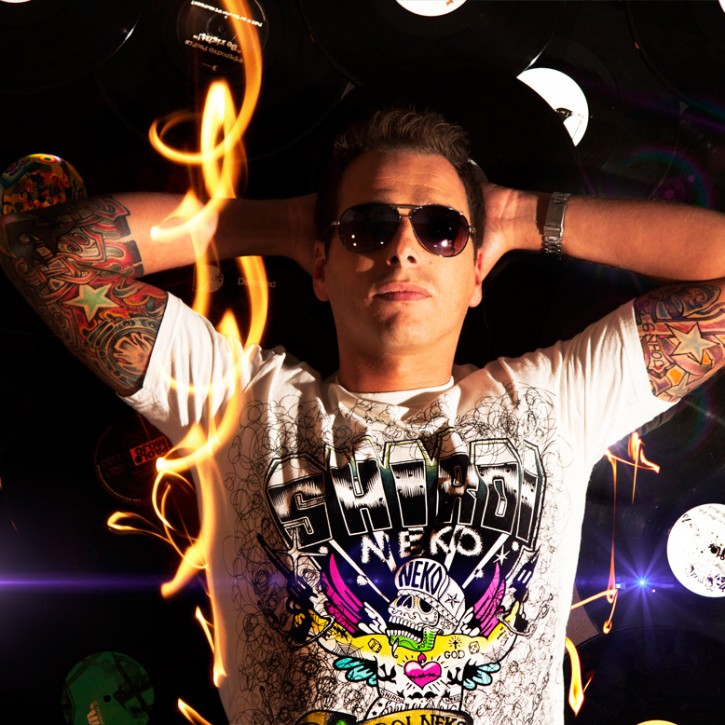 The Man From Belgium…

To witness a Dimix performance is to experience an intense and powerful DJ set. Wax flying off cd players, mixer knobs twisting back and forth, volume levers being slapped up and down, music cutting in and out, all while the banging beat never stops. And to take the already riveting experience even higher, he’s even more into it than you are, banging his head, waving his arms, screaming intensely when the drop kicks. His sets are as dynamic and exciting as they are pumpin’, never losing sight of the fact that you are there for one reason: to dance your ass off.

Dimix is the first person to admit that he’s hyperactive, the work hard and play hard type, and this is one of the major driving forces behind his success as a DJ. His need to constantly change, evolve, and just plain “do”, is what distinguishes him from many other DJs. His DJ career has taken him across the globe, from Germany to Thailand, and notably Ibiza, where he was summer resident for Judge Jules’ infamous Judgement Sunday parties.

Dimix is now hard at work in the studio recreating that club vibe in his tracks. “I always want to feel the same pumping feeling that you can find in my sets.”